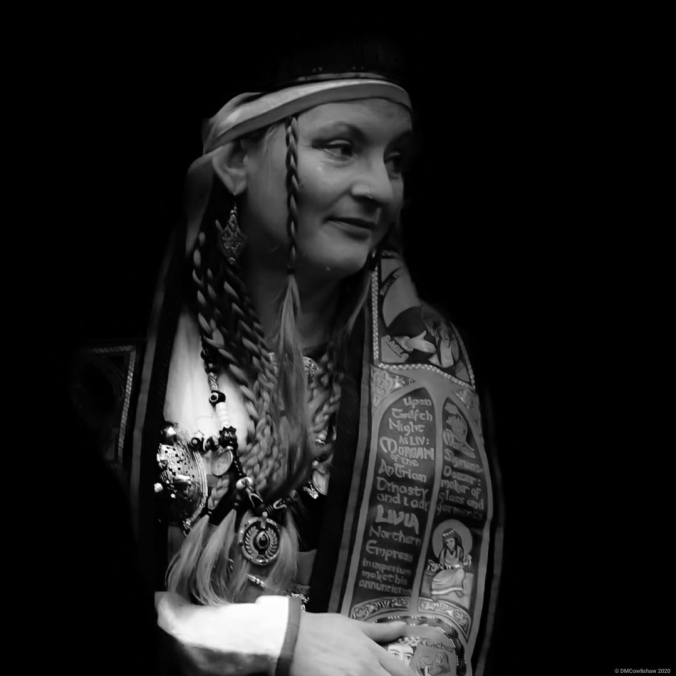 Hi there! My name is Dena Cowlishaw. Many people know me as Lærimoðir Maricka Sigrunsdotter. This blog is all about all of the historical things I make and the things I do. I belong to the society for creative anachronism and have been a member since 1994. In this society I live in the Kingdom of An Tir . The barony I am in is Blatha an Oir. (Pierce county WA) I am a past landed baroness of Blatha an Oir and am a part of the Companion of the Order of the Laurel.

Besides being in the SCA, I am an elder in living history group called Glamfolk Inc. that recreates and teaches the history of Scandinavia and peoples from Vendel era- 1066. The Glamfolk started as an SCA household about 30 years ago and has progressed into its own 501C3.  In this group we do a lot of public demos such as Poulsbo Viking Fest and several demos for the sons and daughters of Norway as well as Ballard’s Nordic Heritage Museum.  http://www.glamfolk.org

I am a founding elder (co founder) of a large Viking Age living history group called the Northwest Viking Alliance. We have a member base of 173 living historians and experimental archaeologists from WA, OR, ID, Canada. Our goal is to provide historically accurate information and presentations at public demos. The Northwest Viking Alliance is also working on bringing together the first ever European style Viking market to the Pacific Northwest https://www.facebook.com/NorthwestVikingAlliance/   https://www.facebook.com/NorthwestVikingMarket/

The main focus of my work is on historical beads and glass with glass focus being on Migration era and Viking age lamp work beads. My minor focus in  is Roman and Egyptian glass mainly focusing on beads. I also research iron age apparel. (mainly male) and focus on Denmark and Anglo Saxon England. I will be blogging periodically on all of my projects that are in process or that I have done and including my personal process, techniques and research.

Thank you for looking!